Signs of Depression in Women You Should Watch For

5 MIN READ
Depression can be mild to moderate, with symptoms including little appetite, difficulty sleeping, lack of interest in daily activities and recurring thoughts of suicide or death. In addition to these overwhelming feelings, several other depression symptoms exist. 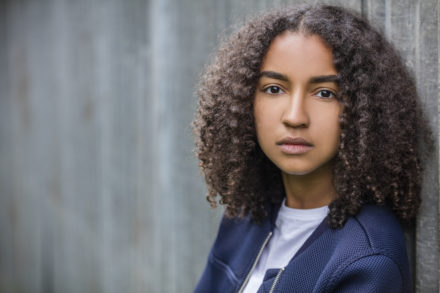 Feelings of sadness are a normal reaction to difficulties in life. It is when that sadness becomes all-encompassing that a red flag may be raised. Depression can hover over every area of a woman’s life. From how you think to how you handle daily activities like eating, sleeping and working, depression can cover your entire world with a thick cloud of dark, dense fog. Depression can deprive you of energy and any feelings of hope, leaving you feeling empty and helpless.

Women are almost twice as likely to be affected by depression as men. Some professionals suggest that perhaps this is because women have a larger number of contributing factors in life that are a result of the many roles they may carry: wife, mother, friend, caregiver, employee, healer and so on. Each role in and of itself is quite complex and can cause many ups and downs. Add a number of these roles to your repertoire and your “downs” may have a harder time finding a way back “up,” which may lead you to reach out for help. Others suggest it could be due to biological explanations including stronger genetic predispositions or fluctuating hormone levels.
For More Information About our Depression Treatment Center for Women
Call (855) 409-0204 Now
According to the World Health Organization, about 350 million people suffer from depression across the globe. National Mental Health Association states that about one in every eight women experience symptoms of depression at some point during their life. Less than half of those with depression receive adequate treatment. Because the prevalence of depression is so high and severe, it is important to be aware of the top signs of depression. The first step toward fighting any disorder is learning about its symptoms.

Signs of Depression in Women

Depression can be mild to moderate, with symptoms including little appetite, difficulty sleeping, lack of interest in daily activities and recurring thoughts of suicide or death. In addition to these overwhelming feelings, several other depression symptoms exist.

Feelings of Guilt, Worthlessness and Hopelessness

Guilt, lack of self-confidence and a bleak outlook are trademark clinical symptoms of depression. Some women may exhibit a heightened sense of guilt, blaming themselves excessively for mistakes they have made. Women with depression often blame themselves more often than others.

Women who suffer from depression are prone to anxiety and fear. Anxiety is more than simply feeling nervous that something has happened or is about to occur. Anxiety disorders ferociously interfere with a person’s peace of mind, attacking them to the point of obsessing over the smallest things and leading to the point of paranoia. An anxiety attack can send a woman into a deeper hole of darkness, making it difficult to climb out.

Some women who suffer from depression symptoms find social activity to be overwhelming and seek isolation as a result. Isolation or avoidance of social activity and social contact is part of a condition medically known as adhedonia, which is the loss of experiencing pleasure in activities that were once pleasurable. This is a central characteristic of depression. Adhedonia is one of the earliest indicators of the disorder.

This is how fatigue is a leading depression symptom: The neurotransmitter in our brain known as serotonin is responsible for creating feelings of happiness. Epinephrine, another neurotransmitter, is responsible for creating energy. In clinical depression, serotonin levels produced by the brain are suppressed, resulting in lower production of epinephrine. This process leads to chronic fatigue.

Along with overwhelming feelings of despair, another set of emotions are characteristic of depression – irritability and anger. Women with depression may seem to fall apart over what seems to be the most trivial of circumstances. With depression, anything can trigger an outburst.

According to recent studies, symptoms of irritability and anger during depression may be clinical markers for a more severe and complex form of major depressive disorder.

What Increases the Chances of Depression in Women?

Several factors increase the risk of depression in women including biological, interpersonal, personality and psychological factors.

Some experts believe women have an increased chance of depression due to hormonal changes that occur throughout their lives. From puberty to pregnancy, menstruation and menopause, women face many hormone fluctuations that could contribute to the development of depression.

Women who juggle work with raising a family, those who are single parents or women who suffer more stress as a result of their daily lives are at a heightened risk of developing depression.

Other factors that may contribute to the development of depression in women include:

Despite these downcast feelings, depression is treatable. If you or a woman in your life is struggling with symptoms of depression, know that there are things you can do to make yourself feel better. The devastating hold of depression does not have to encompass you forever – there is hope. Help is available to lift the burden of depression from you. Reach out to a caring mental health professional today to help you get started on the path to true recovery.