4 MIN READ
Although BPD is a serious mental illness, effective treatment is possible. Psychotherapy is the most important aspect of treatment and may include dialectical behavioral therapy (DBT), cognitive behavioral therapy and any other type of therapy that teaches ways to cope with emotional dysregulation. 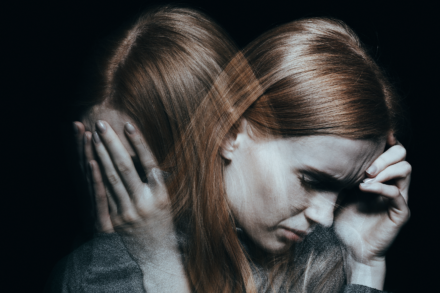 Borderline personality disorder (BPD) is a serious mental illness characterized by intense mood swings and difficulty in relationships. A person who has BPD feels emotions with great intensity, and episodes of anger, anxiety or depression can go on for several days. When people with BPD have experiences that trigger emotional extremes, it can be difficult for them to return to a place of emotional stability.

Living with such stormy emotions leads to turbulent and unstable relationships. Self-esteem suffers, and if you have BPD you may self-harm as a reaction to your inability to control emotional intensity.
For More Information About our Borderline Personality Treatment Center
Call (855) 409-0204 Now

Signs and Symptoms of BPD

It’s not always easy to correctly diagnose a person who has BPD, and this condition can be confused with other mental illnesses with similar symptoms such as bipolar disorder, depression or PTSD. Signs and symptoms of borderline personality disorder include:

Like other serious mental illnesses, borderline personality disorder doesn’t have one single cause, but it is thought to be caused by a combination of factors. These factors include:

A person with BPD may have no idea that they have a serious mental illness. They may simply be aware that their relationships never seem to be stable, that they have difficulty holding a job or keeping their emotions under control. They may tell their doctor only a small part of their symptoms, such as emphasizing depressive episodes or periods of anxiety.

To come up with a diagnosis, a doctor or mental health professional would perform a complete physical to rule out any medical reasons for instability or emotional outbursts.  The medical professional will conduct a thorough interview and may also interview family, friends and previous clinicians.

It can be difficult to diagnose borderline personality disorder, particularly since it often co-occurs with other conditions that may have overlapping symptoms. BPD often exists along with bipolar disorder, substance abuse, eating disorders or anxiety disorders.

Although BPD is a serious mental illness, effective treatment is possible. Psychotherapy is the most important aspect of treatment and may include dialectical behavioral therapy (DBT), cognitive behavioral therapy and any other type of therapy that teaches ways to cope with emotional dysregulation. Medication is sometimes used to control symptoms such as anxiety or mood swings.

When a person with BPD is experiencing extreme self-harming behavior, including suicidal tendencies, short-term inpatient treatment may be recommended.  Many people who are diagnosed and treated for BPD eventually have their symptoms brought under control and can go on to lead stable and happy lives.