Life can be complicated complex, chaotic, overwhelming. Sometimes our emotions can get the better of us, controlling us, or pushing us to the limits. Often the relationships we try to maintain can become confusing, while our own identity might occasionally get misplaced or blurred beyond recognition.

If any of this sounds familiar to you and is more than just a passing feeling, you may be struggling with borderline personality disorder (BPD). BPD is a complex mental health condition characterized by difficulties with emotion and self-image, unstable personal relationships, and impulsive behaviors.

While these symptoms can seem insurmountable, there is hope. With the appropriate borderline personality disorder treatment, you can improve and find sustainable relief and lifelong health. That’s why Clearview developed our Women’s Treatment Center in Southern California, which has become one of the leading borderline personality disorder treatment centers in the country. 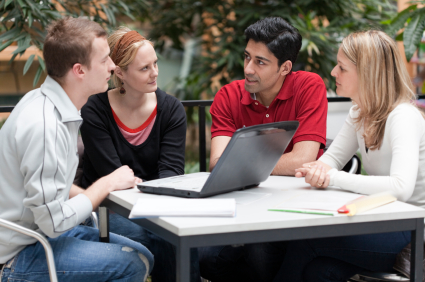 According to the National Education Alliance for Borderline Personality Disorder, more than 14 million American adults experience BPD every year. Women and men are affected equally by BPD. Diagnosis is often complicated since BPD rarely stands alone. People with BPD often struggle with co-occurring disorders, including substance abuse and addiction, eating disorders, anxiety, bipolar disorder, and other personality disorders. More than half of those with BPD also suffer from a major depressive disorder. Those struggling with borderline personality disorder experience many of the following symptoms:

Living with untreated BPD may result in serious adverse consequences. Individuals with BPD are at an increased risk for self-mutilation, suicide, and violent behavior. If left untreated, the symptoms may even worsen the presence of another mental or physical health problems.

There has been considerable progress in the last decade both in understanding and treating BPD, and Clearview Treatment Programs uses the most successful and proven method sat our Women’s Treatment Center.

Clearview offers multiple borderline personality disorder treatment programs, including our Women’s Treatment Center and multiple outpatient treatment centers, to give each client the best chance for a successful recovery. By utilizing borderline personality treatment
methods, our compassionate staff helps our clients gain the tools necessary to sustain their long-term health and thrive.

The most important thing to remember if you are suffering from Borderline Personality Disorder is that it is not your fault. Research from the National Institute of Mental Health (NIMH) suggests the exact causes of BPD remain unknown, though both environmental and biological factors are thought to play a role. No specific gene has been shown to directly cause BPD, but various genes have been identified as playing a role in its development. The brain’s functioning, seen in MRI testing, is often different in people with BPD, suggesting a neurological basis for the disorder.

Does self-injurious behavior lead to suicide?

Self-injurious behavior on its own does not lead to suicide. However, people diagnosed with Borderline Personality Disorder may engage in a variety of life-threatening behaviors. These include burning and cutting as a way to help express or regulate emotions, or as a form of self-punishment. If you or someone you know is causing self-inflicted harm, please seek help as soon as possible before they turn fatal.

Is Borderline Personality Disorder a chronic or lifelong disease?

The American Journal of Psychiatry reports that while Borderline Personality Disorder is a serious mental illness, it is by no means a life sentence. Research has shown that the prognosis for BPD has improved over the past decade. With proper treatment, almost half of those diagnosed with BPD will not meet the criteria for diagnosis just two years later. Ten years later, 88 percent of people who were once diagnosed with BPD no longer meet criteria for a diagnosis. With the right kind of BPD treatment, your symptoms can improve, too.

If you need help,, , we’re here for you. Contact our borderline personality disorder treatment center in Los Angeles, CA today at 866-321-9430 or fill out our contact form.