World Bipolar Day: A Time to Raise Awareness and Sensitivity 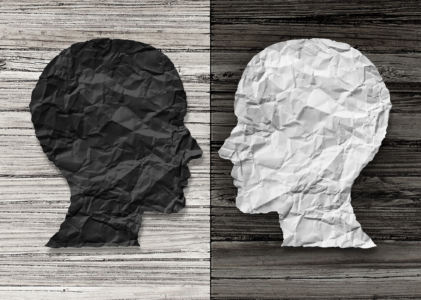 For those who have bipolar disorder, it’s no secret there is stigma attached to having this diagnosis. It’s an unfortunate reality for those who have been diagnosed with bipolar disorder as well as those who struggle with symptoms but don’t yet know what’s causing them. Many prefer to avoid getting help or try to pretend there is nothing wrong rather than live with the stigma of being diagnosed with mental illness.

World Bipolar Day aims to raise awareness and sensitivity toward this often misunderstood disorder. It’s celebrated each year on March 30 and aims to provide a platform for global education, open discussion and improved sensitivity.

What is Bipolar Disorder?

Affecting over 60 million people worldwide, bipolar disorder is a condition that was formerly known as manic depression. It is characterized by wide mood swings from depression to mania and back again. It impacts a person’s energy level and ability to function on a day-to-day basis.
For More Information About our Bipolar Disorder Treatment for Women
Call (855) 409-0204 Now
The two extremes of mood lead to periods of sluggishness, lethargy and hopelessness alternating with periods of energy, euphoria and excitement. In between these extremes, there are times in which mood and behavior seem more “normal” or stable. The speed at which moods cycle can vary dramatically from one person to the next. Sometimes there are years between episodes.

A person who is experiencing mania is highly energetic, feels very elated and productive, talks rapidly and may experience racing thoughts. During mania, the person has difficulty sleeping, may be impulsive or participate in risky behavior and may also become irritable. If the person has symptoms of mania that are less severe, it is known as hypomania.

The Dangers of Untreated Bipolar Disorder

Without treatment, bipolar disorder is likely to get worse. In severe cases, bipolar disorder can lead to extreme impulsivity and risk-taking behavior, as well as psychotic symptoms such as delusions or hallucinations.  It is suspected that artist Vincent Van Gogh may have had undiagnosed bipolar disorder because he was known to have extreme mood swings from high energy to deep depression which ultimately caused him to commit suicide.

While periods of mania may feel like an extremely upbeat mood, they can quickly turn to irritability, hostility and anxiousness. In a manic state, a person may not be able to think through the consequences of risky actions.

At the other extreme are episodes of depression in which the person has no energy or ambition, sleeps excessively, may cry uncontrollably and feels hopeless. During this cycle, symptoms seem very similar to a person with clinical depression, and many people who actually have bipolar disorder are misdiagnosed as suffering from depression.

A person with untreated bipolar disorder may try to self-medicate by abusing alcohol or street drugs in an effort to control mood extremes.

Treatment consists of medication such as mood stabilizers or antipsychotic drugs and possibly antidepressants. Combinations of different medications may be used and should be combined with talk therapy. Treating bipolar disorder will require ongoing care, and if a substance abuse problem has also developed, that will need to be treated as well.

With the right treatment plan, a person with bipolar disorder can lead a healthy and productive life.

It is hoped that World Bipolar Day can provide resources and educational materials for people to understand that bipolar disorder is an illness that can be treated effectively and that people who have it are just like everyone else.

Stigma causes people to feel ashamed for something that is not their fault and often prevents them from getting the help they need. Bipolar disorder is an illness, just as cancer, diabetes and heart disease are illnesses. Those who have it deserve to be free from blame or judgment. They also deserve to be free to talk openly about their struggles and treated with compassion and respect so that they can obtain and remain committed to effective treatment. What Is Integrative Mental Health? Comparing Yourself to Others’ Mental Health